or for articles tagged with.....

Our FB-group for members

Mary Villon de Benveniste, our guest judge for the portrait Get Dusty

Mary Villon de Benveniste has built her reputation as a portrait artist on both sides of the Atlantic. As a child she was fascinated by colors and paints, and growing up, loved drawing her siblings and pets—cats, dogs and horses.

After graduating from Carnegie-Mellon with a BFA in Painting, Design and Sculpture, she later moved to Paris to work as a fashion model where she met her future husband, François, had two children and remained for most of her life. Her growth as an artist was fueled by courses at the Louvre in life drawing and portraiture, and detailed studies of her son and daughter, Guillaume and Isabelle. After contributing portraits for a benefit at her children’s school, numerous requests for commissions soon followed, and she now has a repertoire of hundreds of portraits.

Her work has been shown in many venues in France, including Le Salon des Indépendantes (Grand Palais, 1990 to 1995), the American Cathedral in Paris, the Mona Bismarck Foundation, and many solo exhibits at the Marymount School, and the American School in Paris. Her clientele extends from Surrey, England, Atlanta, Greenwich, Virginia, Jacksonville, Dallas, Kingman (AZ), to Jackson Hole. Notable portraits include First Lady “Lady Bird” Johnson, The Honorable Pamela Churchill Harriman (United States Ambassador to France), Joseph P. Riley, Jr., Mayor of Charleston, Cambridge Trott, IV, President of the South Carolina society, and Dean emeritus William F. Pounds, (Massachusetts Institute of Technology). A portrait of George and Barbara Bush which was painted just after the September 11th attack now hangs at the Presidential Library in College Station, Texas. Currently her portraits hang from Dubai to Paris, Milan, England, a castle in Scotland, and throughout the United States. 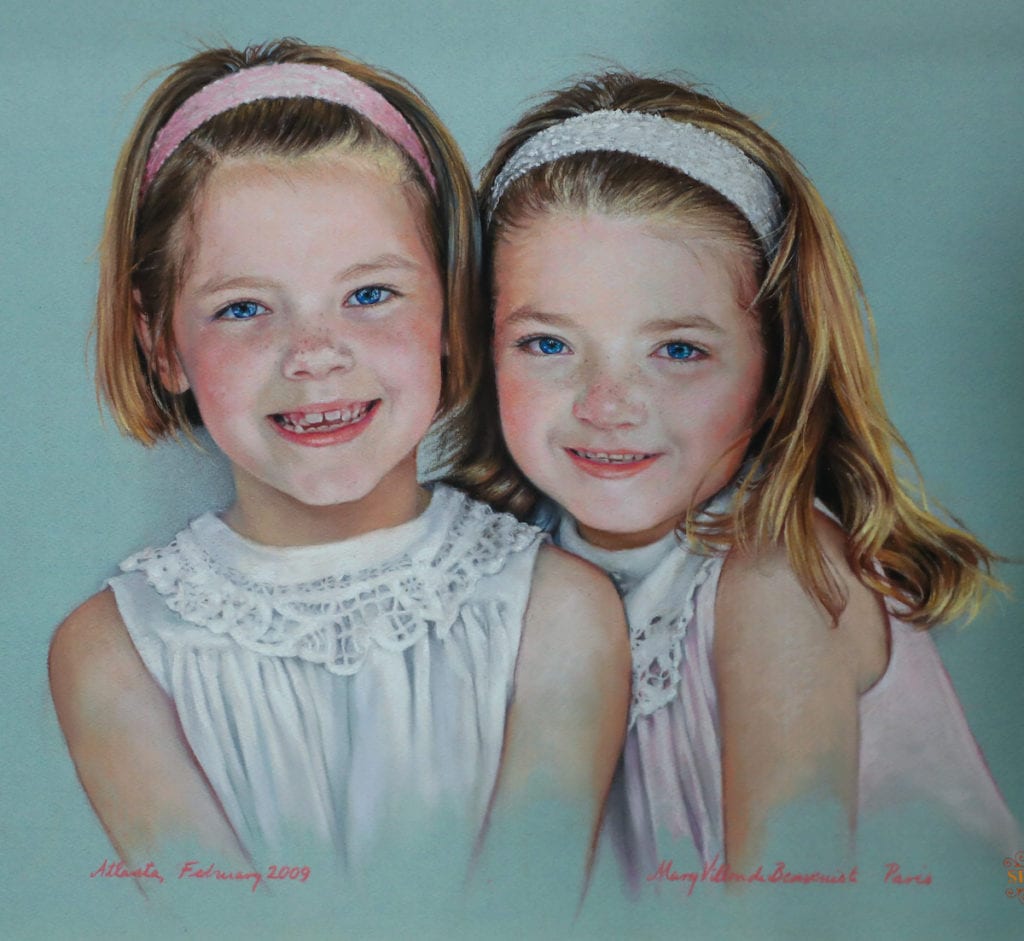 She has an active Facebook following, and media distinctions include the Atlanta Magazine, NPR News, the Embassy News, (Paris) the Carnegie Mellon magazine, the Atlanta Journal Constitution, the Clayton Tribune, the Post and courier, (SC), Élan magazine (VA) and “Fairuz” (the Vogue of the Arab World).